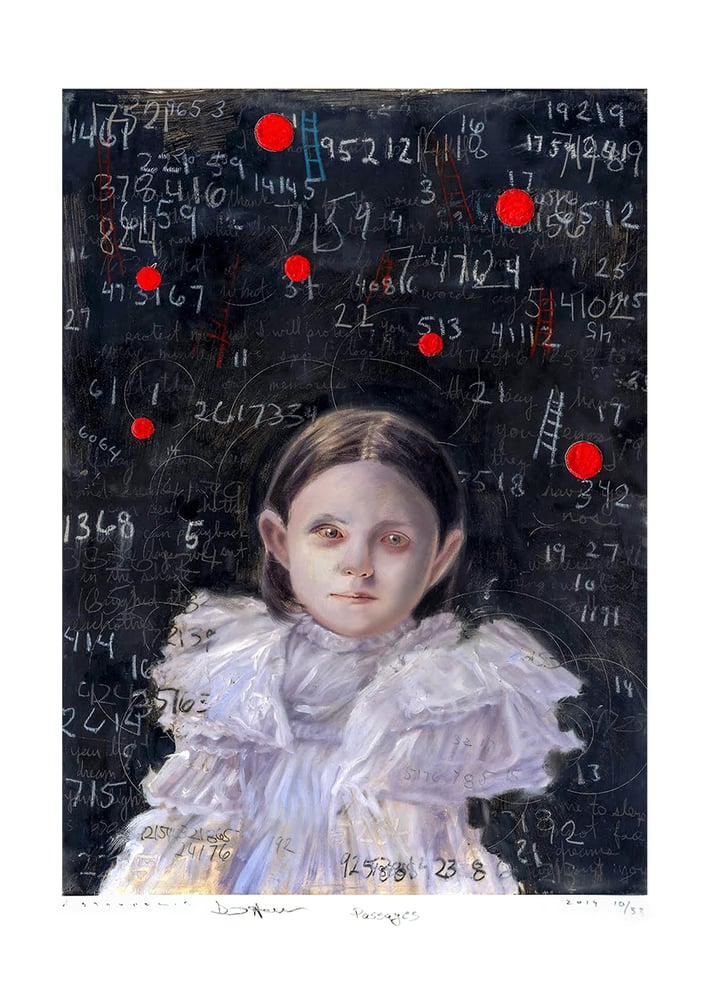 "PASSAGES"
By David Hochbaum and David Stoupakis
This is a Limited Giclée print Edition of 33
Printed on archival hot press 100% cotton fiber paper
Made with Epson Ultrachrome archival pigments.
Signed and dated by both artists.
13” x 19”

Stoupakis and Hochbaum first met in New York City in 2004 when Hochbaum invited Stoupakis to his studio to discuss a possible 2 man exhibition. The 2 have never met before.

From the very start, the two artists noticed several similarities in their approach to work as well as a common passion for life and art. A strong bond began to form and by the end of 2005 their first collaborative project "Doppelgänger" opened at the McCaig Welles Gallery in Brooklyn, NY. For this exhibit, they made one large scale collaborative work and the rst of the work were their own individual works.

Since then the Davids have continued to spend more time together creating new projects and sharing adventures while always pushing one another and inspiring each other through good and darker times.

Unlike their first show, their second 2 man exhibit was to be only collaborative pieces. This exhibition opened in Berlin in 2012. For this show, 13 mixed media paintings and several works on paper were exhibited.

It was not until 2019 that Davids decided to release a pigment print edition of one of their works.

The first piece they decided to release is PASSAGES, an oil and pencil mixed media work.

You will receive your print in a sealed clear plastic protective envelope to keep your print protected from surface damage and moisture during handling prior to framing. You will also receive a signed and dated note of provenance and care instructions to ensure your knowledge of the particular paper your print is on and proof of authenticity.